Use the form above to find your loved one. You can search using the name of your loved one, or any family name for current or past services entrusted to our firm.

Click here to view all obituaries
Search Obituaries
Immediate Need
We are here to help you. If you have need of our services, please call us, day or night, at:
(910) 433-2616
To better prepare yourself, we have provided you with some helpful information regarding the immediate need process.
Contact Us / Location

Ordering flowers from our site ensures that your order will reach us or the family in a timely manner, and your gesture of support will remain acknowledged in the Book of Memories for future generations. We only work with local florists so we can maintain the sense of urgency and quality of your selections. We thank you for helping to support the family during their time of need, and will fondly remember your kind gesture.

We respect the sensitivity and dignity that comes with ordering tribute gifts from the funeral home. It is for this reason that we have attempted to design our online Sympathy Store with the utmost respect to the family and the deceased. We hope you find this service helpful during your time of need and would welcome any comments or suggestions you might have to help us serve our communities better.

We're sorry but the candle you have selected is currenty in the process of being purchased or has just recently been purchased.

Please feel free to select another candle or check back in 15 minutes to see if the candle you have selected has been released for purchase.

We're sorry but there are no candles available for lighting.

You have already begun a candle purchase session. If you would like to continue with your current candle choice please click "Continue" otherwise please click "Select Another".

The lighting of a Memorial Candle not only provides a gesture of sympathy and support to the immediate family during their time of need but also provides the gift of extending the Book of Memories for future generations.

In the event that there is an error
in the information presented,
please contact the funeral
home by clicking here. 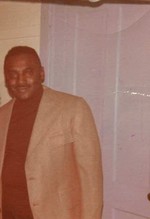 On Sunday, September 22, 2019 Liston Milton
Brown, Sr. slept peacefully away to join his
Heavenly Father. He was born in Hemingway,
South Carolina on July 12, 1933 to the late Joseph Brown and
Virginia Porter.

Liston attended public schools in Hemingway, South Carolina
and later moved to New York City at a fairly early age. There he
met Sonja Sarratt and later married and moved to Connecticut
and later to hope Mills, North Carolina.

Liston was employed at Sockol’s Express and A Trucking
Company as a driver for many years until is retirement.
His favorite pass time was fishing. He also enjoyed watching a
good baseball game with his family. Liston also liked game
shows.

Liston was preceded in death by his parents, brother, David
Brown, Sr. and son, Derrick Brown.

This Book of Memories brings those affected by loss together by encouraging communication and self-expression. By giving friends and family a special place to tell their stories and express their feelings of loss, it helps them care for one another during a very difficult time. Click on any of the links to the right to access features or information within this memorial website.